Over the years Marc has built up a reputation for his editorial work and wig making skills. Projects include making wigs for the 'Take That Beautiful World Tour' as well as making wigs and styling hair for both editions of the book 'Makeup Is Art.'

From the work he has achieved within The Fashion Industry, Marc has found his name gracing the pages of  top fashion editorials with his millinery skills, including his Swarovski skull caps which featured alongside; Alexander McQueen, Vivienne Westwood, Stella Mcartney to name but a few.

Marc has been involved in work for Fashion week's in London, Paris and Milan, working with teams for an array of designers including CNC, Vivienne Westwood, PPQ, Osman, Yousefzada, Spijkers en Spijkers, House of Holland, Poltock and Walsh, Issa, Emma Cook. 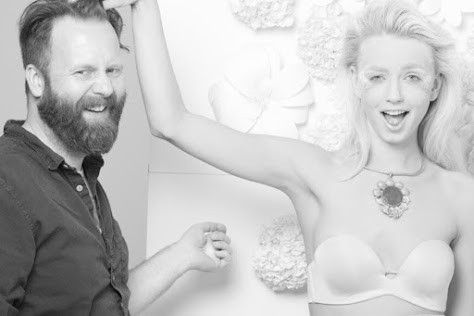 With over 20 years of experience within the industry, Marc Eastlake is one of Salon's most experienced stylists. He began his career in 1989 working for several top salons, then opened The Gentry in 1996. Marc and his team have won many awards within the hairdressing industry including; Loreal Colour Trophy, Talent Spotting and London Men's Image Award. Marc has also worked on stage educating seasonal trends for Loreal as an I.D platform artist.